DSA Canada Board Returns to Ottawa for “Day on the Hill” 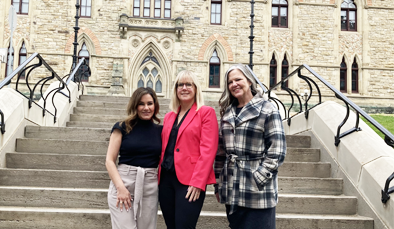 This week, members of the Direct Sellers Association of Canada board were thrilled to spend some important and constructive time in Ottawa, the Nation’s capital. On Monday, May 2, a board meeting was followed by a well-attended government reception. Tuesday, May 3, saw teams of DSA Canada representatives fan out across Ottawa, to discuss direct selling with Members of Parliament (MPs) and other important stakeholders.

For many MPs and government officials, the reception and meetings were their first in-person events for some time, which made DSA Canada’s visit all the more memorable. This was symbolic of the leading role that direct selling is playing in post-pandemic recovery.

A total of sixteen meetings were held with representatives of all major parties, as well as with staff from important agencies, including the Competition Bureau. The focus of all meetings was on promoting the important economic and social role that the direct selling industry plays in Canada.

Among the topics discussed were:

Over its sixty-eight-year history, DSA Canada has placed a focus on meeting with elected officials, at events such as this event in Ottawa. “Days like these are important,” said DSA Canada President Peter Maddox, “they help support future collaboration and lead to year-round opportunities to engage and consult on a range of important topics.”