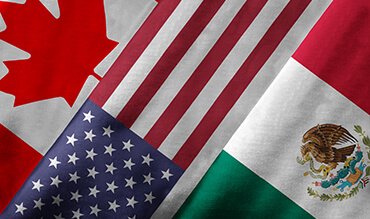 TORONTO, ON – On September 30 it was announced that Canada, Mexico, and the United States had come to an agreement in principle on the new United States, Mexico, Canada Agreement (USMCA) to replace the North American Free Trade Agreement (NAFTA).

The Direct Sellers Association (DSA) of Canada welcomes the deal, which will allow for the continued growth of the direct selling industry in Canada. We commend negotiators from all three countries, who worked diligently over the past 18 months, to ensure that business success and consumer confidence driven by NAFTA would be built upon in the new arrangement.

In May, members of the DSA visited Parliament Hill to lay out the DSA’s priorities for industry growth, including maintenance of the current de minimis threshold. The DSA’s leaders noted that Canada has a very different online shopping market to the United States and highlighted the importance of respecting the tax imbalance that would be created by an increased de minimis threshold. A significant threshold increase would have provided direct shipping importers with a built-in 5%-15% price advantage over Canadian businesses. Therefore, the DSA is glad to see the Canadian government worked hard to maintain a level playing field in the USMCA.

Under USMCA, Canada’s de minimis threshold will rise from $20 across the board to $40 for sales taxes and $150 for customs duties. This position adequately meets the needs of businesses on both sides of the border, who seek to create opportunities for consumers and entrepreneurs.

Throughout this process, the DSA felt heard and engaged by Canada’s political leaders and civil servants leading the negotiations. DSA Canada worked closely with our counterpart associations in the United States and Mexico, and are grateful for their support. The DSA would like to congratulate Minister Freeland and her staff, as well as the Prime Minister and his Canada-U.S. relations team, and thank them for their work.

ABOUT THE DSA
As the national trade association for the leading firms that manufacture and distribute goods directly to consumers, the mission of the Direct Sellers Association of Canada is to promote, serve and protect the interests of Canadian member companies and independent direct sellers marketing their products, and ensure the highest level of business ethics and service to consumers.

Direct selling companies in Canada represent 1.3 million Canadians who are involved in Direct Selling (82% are women), generating $2.6 billion per year in sales.
The cornerstone of the Association’s commitment to ethical business practices and consumer service is its Code of Ethics and Business Practices. Every member company pledges to abide by the Code’s standards and procedures as a condition of admission and continuing membership in the Association.