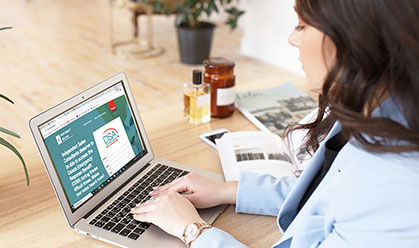 The Federal Government today announced key changes to the Canada Emergency Response Benefit (CERB), which will provide support to many independent sales consultants (ISCs) who were not previously covered by this COVID-19 financial assistance initiative. To help bring about this change, the DSA campaigned extensively via meetings with Members of Parliament, re-launching the votedirectselling.ca website and encouraging ISCs to send letters to their local elected officials.

As originally constructed, the CERB did not allow applicants to have any sources of income, shutting out many ISCs who make income through commissions or who have lost the majority of their income, but not all of it. In response, the DSA re-launched its advocacy website, allowing members and ISCs to send emails directly to their local Members of Parliament. Over the course of the past week, ISCs sent hundreds of letters asking for the CERB to be more flexible. The DSA also published a press release on the wire, which was picked up by more than seventy news outlets, asking for more support for ISCs at this time.

Today’s announcement changes the eligibility, allowing people to earn up to $1,000 per month while collecting the CERB. This means that a person is now able to make up to $1,000 a month through direct selling and receive the $2,000 a month benefit, for a total of $3,000 per month.  These changes will be retroactive to March 15th, 2020, and more details will be posted by the government soon.

We have some exciting initiatives lined up for 2022! Highlights: ⭐ Consumer and Market Research ⭐ Member Events… https://t.co/cTeAgUHir3 6 days ago
Members, join us for our Annual Legal and Regulatory Virtual Seminar on February 9, 2022, from 1:00 p.m. to 5:00 p.… https://t.co/lqniHA36Pp 14 days ago
Happy New Year! Wishing everyone a happy, healthy and prosperous 2022! #HappyNewYear #dsacanada #directselling… https://t.co/O8ngU5Fzz9 20 days ago