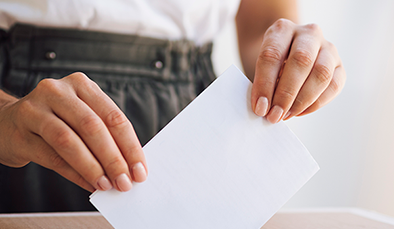 The federal election has come and gone, and the results appear to be very similar to those of the 2019 election. While there are still some races that are too close to call, due to mail-in ballots being counted, the Liberals have secured another minority government. The current tally has the Liberals at 158 seats, up 3 from Parliament’s dissolution, the Conservatives at 119 seats, with no gain, the NDP at 25 seats, a gain of 1, the Bloc at 34, a gain of 2 and the Greens at 2, with no gain.

For DSA Canada’s advocacy efforts, the minority government presents opportunities. Firstly, Minister of Women and Gender Equality, Maryam Monsef, lost her seat to a Conservative opponent. This means that the Prime Minister will need to appoint a new Minister, who will hire new policy staff that DSA Canada can engage with. Secondly, with some new Members of Parliament entering the House of Commons, DSA Canada will continue to activate its membership in engaging directly with local MPs, to educate them about direct selling and its economic contributions. Thirdly, the Liberals intend to keep moving forward on files such as rural broadband, childcare and privacy, which each can have an impact on DSA members and the broader industry.

Looking deeper into the election results does provide a more nuanced impression of the election. For the Liberals, their messaging throughout the campaign on things such as public health, economic recovery and affordability galvanized their members, and even gained them some broader support. The Liberal Party lost seats in rural ridings such as Bay of Quinte in Ontario and South Shore-St. Margarets in Nova Scotia. However, they gained more support from urban and suburban areas, winning seats in ridings such as Markham-Unionville and Aurora-Oak Ridges-Richmond Hill in Ontario and Calgary Skyview in Alberta.

The Conservatives and Erin O’Toole came out fairly neutral. However, a tough road lies ahead for O’Toole and his leadership of the party. During the leadership race, O’Toole presented himself as a “True Blue” conservative. During the campaign, his platform and policies went somewhat against this depiction, including on issues such as a carbon tax and gun control. While there is no scheduled leadership review, O’Toole’s first challenge will be winning the confidence of his caucus in their first meeting.

The NDP and Jagmeet Singh underperformed their polling, as expected. While polls put them between 20% to 24%, they were only able to manage winning just under 18%. They also lost their only seat in Atlantic Canada and only won one seat in Quebec. However, as Parliament is recalled, the NDP will hold significant power as the Liberals will continue to lean on their votes to pass legislation.

The Bloc Quebecois continues to be very strong in Quebec, which helps to prevent any national parties from forming a majority government. They can also hold the balance of power in the House of Commons, and the Liberals will be looking to work with them on key legislation.

The Greens collapsed in this election, winning a seat in Kitchener Centre and on Vancouver Island. Green Leader Annamie Paul finished a distant fourth in Toronto Centre, and will likely resign in the coming months.

Finally, the People’s Party of Canada (PPC) and Maxime Bernier nearly doubled their vote from the previous election, signalling growing dissatisfaction and anger in the community with “politics as usual”. However, they were unable to win a single seat.

We have some exciting initiatives lined up for 2022! Highlights: ⭐ Consumer and Market Research ⭐ Member Events… https://t.co/cTeAgUHir3 6 days ago
Members, join us for our Annual Legal and Regulatory Virtual Seminar on February 9, 2022, from 1:00 p.m. to 5:00 p.… https://t.co/lqniHA36Pp 14 days ago
Happy New Year! Wishing everyone a happy, healthy and prosperous 2022! #HappyNewYear #dsacanada #directselling… https://t.co/O8ngU5Fzz9 19 days ago