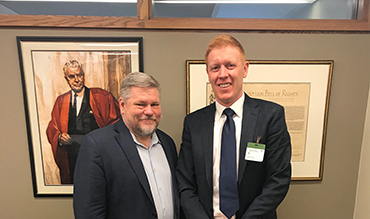 DSA President Peter Maddox recently spent time meeting with government officials in Ottawa, as planning for the 2019 Federal Election begins to gather steam. Meetings were held with representatives of the three main parties, Liberal, Conservative and NDP, and these discussions are helping the DSA to build its own election platform. MPs visited included Randy Hoback of Saskatchewan and Karen Vecchio of Ontario, who is a former PartyLite consultant.

In particular, topics included discussions of:
2019 promises to be an important and exciting time, as the DSA continues to assert itself on the political landscape.